Vegan vs. Vegetarian: Everything You Need to Know

If you’re intrigued by the idea of eliminating meat from your life, you’re probably curious as to the difference between vegan vs. vegetarian diets. Confusing the two is easy. After all, they’re pretty similar, or so people think. On a basic level, neither vegans nor vegetarians eat meat.

But delve deeper into the vegan vs. vegetarian question, and it becomes obvious that the two practices are not so similar at all. Vegetarianism is a diet and one that has been around for centuries. Veganism, on the other hand, is a lifestyle, and a pretty recent one at that (although not as recent as some people think).

So, You Want to Give up Meat?

As soon as you start looking into all things vegan vs. vegetarian, you’re bound to come across those who claim that meat is the only way to go.

You see, there’s this misconception that meat, and other animal products, are necessary if we are to lead healthy, happy lives. But as it turns out, that couldn’t be further from the truth.

It’s not at all necessary to consume meat to get the nutrients that we need to maintain good health. In fact, people who choose to eliminate meat from their diets might actually enjoy better health than those who don’t.

Vegan vs. vegetarian, what’s the difference? As it turns out, it’s enormous.

Vegetarianism is a diet. Generally speaking, vegetarians give up all meat products, including:

Vegetarianism is an important element of many religions. For example, followers of Jainism, an ancient Indian religion, believe that all living beings have souls, including animals and even plants. According to them, all souls are of equal value. Consequently, followers of this religion are strict vegetarians.

Other religions also have strong traditions of vegetarianism. Indeed, quite a few Hindus and Buddhists follow vegetarian or semi-vegetarian diets.

Most people, however, choose to go vegetarian out of concern for their health. Indeed, scientists link meat-free diets to a myriad of health benefits, including the reduced risk of chronic diseases.

Concern for animal welfare is yet another reason why some people decide to give up meat. These individuals shudder at the thought of slaughterhouses, and they tremble with rage when they see videos of factory farms.

Then there are those who choose to eliminate meat from their diets out of environmental concerns. Minimizing the amount of meat that we consume might be the only way to end world hunger. By converting grazing land to food crops, we could drastically increase the amount of food produced yearly.

Finally, some people don’t eat meat simply because they don’t like the way that it tastes. A diet that is rich in veggies can be incredibly flavorful.

Not all vegetarians are the same

When answering the vegan vs. vegetarian question, it’s important to note that not every vegetarian is the same.

Next, we have ovo vegetarians. Ovo vegetarians refuse to eat meat, fish, poultry, and dairy products. They do, however, consume eggs.

Lacto vegetarians are next on our list. Their diets are devoid of meat, fish, poultry, and eggs, but they do eat dairy products such as cheese, yogurt, and milk.

Some people don’t feel like giving up meat entirely.

For example, pescatarians consume seafood but no other meat. They’re not technically vegetarian. Instead, they’re semi-vegetarian.

Pollotarians are similar to pescatarians. Instead of fish, however, they consume poultry (and no other meat).

Then there are those who call themselves flexitarians. While flexitarians generally lead a plant-based diet, they nonetheless occasionally indulge in meat. True, they try their very best to limit the amount of meat that they eat. But they probably won’t say no to a juicy steak on a night out with friends.

On the opposite end of the spectrum are strict vegetarians. They don’t consume any animal products at all. Consequently, strict vegetarians are similar to vegans. However, they might use products that contain animal derivatives in other aspects of their life. For example, they might wear makeup tested on animals or dress in clothes made from animal skin.

Vegetarian intake of cholesterol and saturated fat is significantly lower than that of meat eaters. Additionally, vegetarian diets are more abundant in fiber, potassium, folic acid, vitamins C and E, and magnesium.

Vegetarians might also have a lower risk of cardiac events such as heart attacks. Furthermore, a vegetarian lifestyle reduces the risk of developing certain types of cancers. For example, the elimination of red meat from your diet decreases the risk of colon cancer and breast cancer for women.

However, a completely vegetarian diet is not necessarily superior to a plant-based diet that includes poultry or fish. Indeed, fish-eaters might actually have a lower risk of certain cancers than those who don’t eat fish.

The fact that animals are overfed antibiotics affects humans too. By 2050, 10 million people are likely to die as a result of resistance to antibiotics.

Some people are reluctant to try vegetarianism because they worry about their bone health. However, these fears are usually unfounded. An average lacto-ovo vegetarian consumes as much calcium as an average meat-eater.

There is a considerable distinction between going vegan vs. vegetarian.

Whereas vegetarianism is a diet, veganism is a way of life.

Most people go vegan because they empathize with animals. Consequently, they attempt to exclude all forms of animal cruelty and exploitation.

In other words, veganism is not just about eliminating meat from your diet.

Instead, it’s about removing all animal products (including eggs, dairy, honey, and animal-based ingredients) from all areas of life. Vegans don’t eat animals, wear animals, or use animals for entertainment purposes.

It sounds extreme. But only until you become acquainted with the facts.

The realities of dairy farming are shocking. And the egg industry isn’t any better.

As for clothes? An average individual can’t imagine the amount of suffering that goes into making a leather belt, a wool jumper, or a fur-trimmed jacket.

Fur farmers not only keep animals in cramped, dirty cages but also use the cheapest and least humane killing methods available. Furthermore, most fur and leather comes from animals that are skinned alive.

Some people think that animals are stupid. But that’s not true. Cows get excited when using their intellect to overcome obstacles, chickens form friendships, and a pig’s cognitive skills are the same as those of a three-year-old child.

We’ve already established the main difference between a vegan vs. vegetarian diet. But that doesn’t mean that all vegans fill their kitchen cupboards with the same products.

This particular diet consists of whole plant foods such as:

Refined foods, such as processed oils and white flour, are generally avoided.

Those who want to take it a step further choose to lead a raw-food vegan diet.

Raw vegans fill their refrigerators (and their bellies) with fruits, vegetables, seeds, and nuts. When they do make use of their ovens and stoves, they make sure to cook their food at temperatures below 118 degrees Fahrenheit.

The 80/10/10 is an extension of the raw food diet. Followers of this diet limit their intake of fat-rich plants such as avocados and nuts. Instead, they rely heavily on fresh fruits and soft greens.

The starch solution is similar to the 80/10/10 diet. However, instead of focusing on fruit, it centers on cooked starches such as rice, potatoes, and corn.

If the raw food diet, or one of its variations, sounds too extreme for you, you can try an approach known as the raw till four. Under this diet, raw foods are consumed only until 4 p.m.

The worst type of vegan diet is the junk-food vegan diet. Instead of focusing on whole plant foods, it relies heavily on processed vegan foods such as mock cheeses and meats. That being said, there’s nothing wrong with spoiling yourself with meatless meat once in a while. For example, vegans the world over are raving about Dixie Diners’ Club Beef (Not!) Strips. 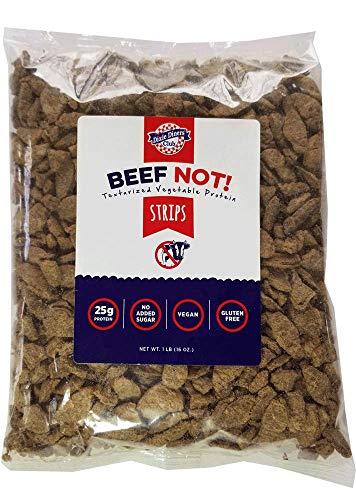 Benefits and challenges of a vegan lifestyle

Also, vegans are less likely to develop certain types of cancer than meat eaters. Most vegans consume soy products which likely offer protection against breast cancer. Furthermore, vegan diets are devoid of dairy products, which might decrease the risk of prostate cancer.

But it’s not all good. In some cases, a diet based exclusively on plant foods can increase the risk of nutrient deficiencies.

Many vegans consume less than the recommended amount of calcium. Indeed, vegans tend to have higher rates of bone fractures than carnivores. So, it’s vital that vegans incorporate calcium-rich vegetables into their diets.

Vegans are also at risk of getting insufficient amounts of vitamin K and vitamin D. Many vegans take vitamin D supplements and rely on green, leafy veggies and fortified foods for vitamin K.

Fortified foods are also essential for vitamin B12. This particular vitamin is found only in animal products. Most vegans take a vitamin B12 supplement to avoid deficiency.

Omega-3 fatty acids are also essential. Vegans can get theirs from algae supplements. Vegan Omega 3 Supplement by Zenwise Health is a popular choice, as is soy milk, and DHA-fortified breakfast bars.

Furthermore, vegans need to make sure that they fill their plates with plant foods that are rich in protein, such as beans, lentils, and nutritional yeast (such as Engevita Yeast by Marigold).

In some cases, vegans should consider taking iodine, zinc, and iron supplements.

Finally, the exclusion of dairy products and low calcium consumption can lead to high circulating concentrations of uric acid. These high levels of uric acids might lead to chronic kidney disease, gout, and certain types of cancer.

Vegan vs. Vegetarian: Which Is Better?

There is a big difference between going vegan vs. vegetarian. Vegetarianism is undoubtedly easier. As a vegetarian, your primary concern is your diet. Veganism, on the other hand, is a life philosophy. Sure, your dietary choices are important. But so are the choices you make in other aspects of your life.

While it’s possible to become a vegetarian or a vegan at once, a gradual change is more sustainable in the long-run. That’s why when it comes to making up one’s mind between going vegan vs. vegetarian, most people choose to eliminate all meat from their diets first, with dairy and eggs second.

When it comes to going vegan vs. vegetarian, most people view vegetarianism as a stepping stone to veganism.

Are you a vegetarian or a vegan? Tell us about your journey in the comments!

As a participant in the Amazon Services LLC Associates Program, this site may earn from qualifying purchases. We may also earn commissions on purchases from other retail websites.